A great way to reach a big audience for a destination is via the media. To make Edmonton and Jasper top of mind with the Dutch and German consumers we arranged that four of the biggest newspapers of the Netherlands and one big newspaper in Germany explored Canada to write inspiring articles about the destinations.

Our target with press trips is to get publications in leading media to gain high media value. This covers newspapers, magazines and television. The emphasis will specifically be on individual press trips and accompanying journalists/photographers. This way, the trips can be adjusted to meet the wishes of the media and the outcome will be best. For Edmonton we reached for the biggest target group possible with the biggest newspapers of the Netherlands. 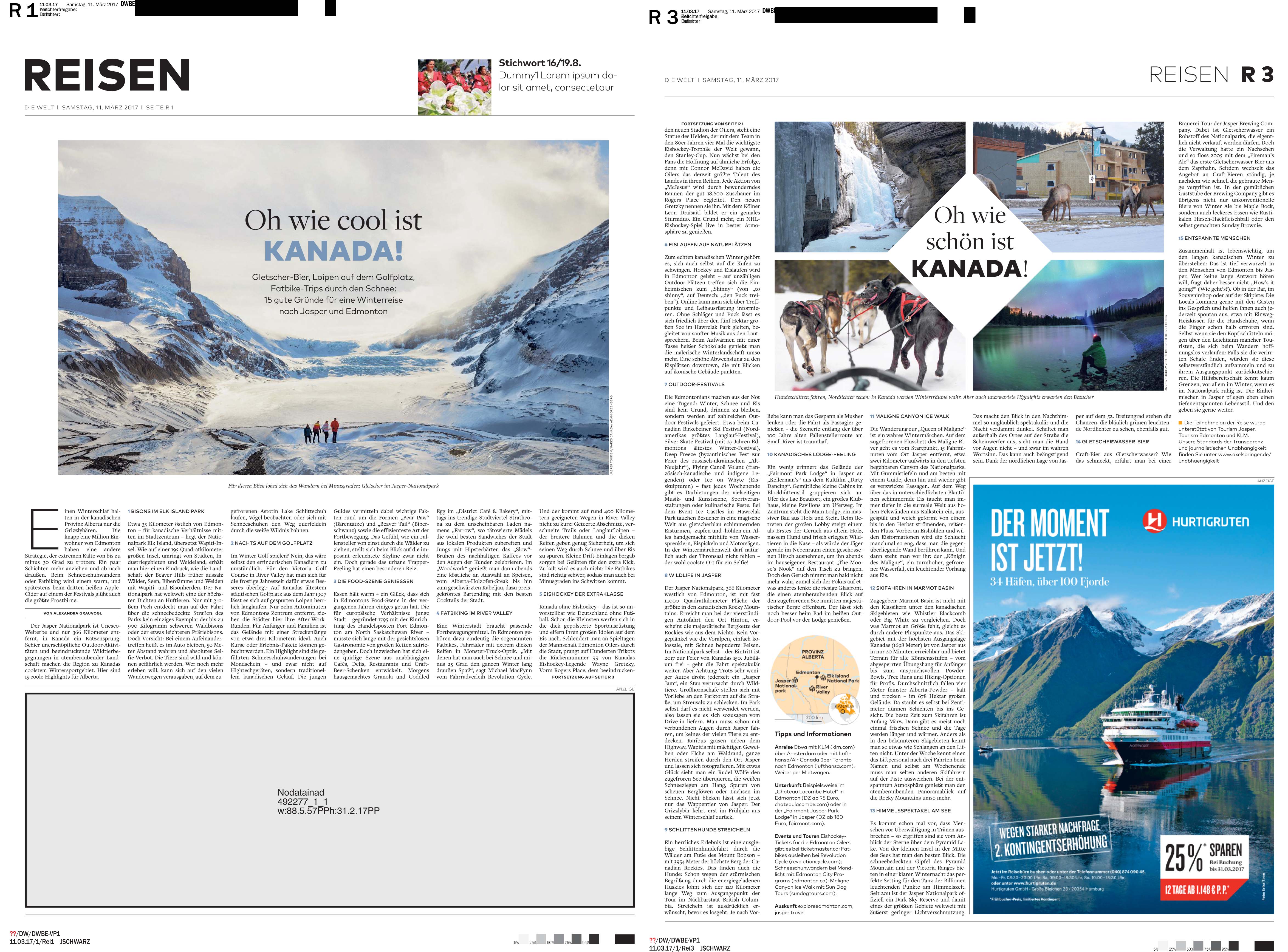